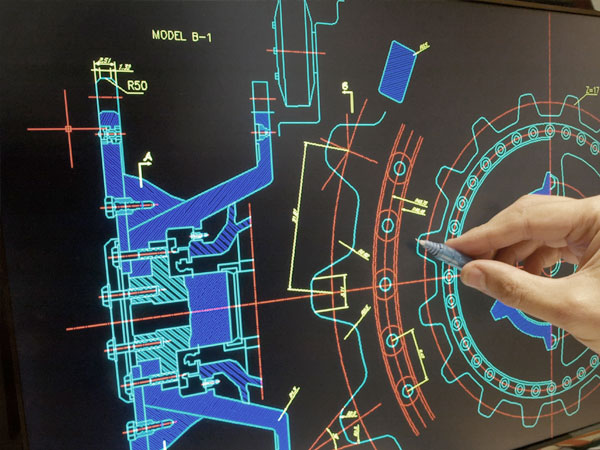 April 2007 – The case studies are true. Only the names and places have been changed to protect the privacy and confidentiality of PCC clients.

At opposite ends of the 16-foot boardroom table, company founders Arthur Llewellyn and Ben Pierce locked eyes. After 40 years as friends and partners, words were unnecessary. Their handpicked CEO Lamont Mackay had just confirmed everyone’s fears – the company lost $5MM the previous year and could not avoid a third straight year of decline. Worse, the horizon looked just as bleak. The partners repeatedly asked themselves, “How could a widely respected company fall into such disrepair so quickly?” From the beginning, in the late 50’s, Arthur and Ben decided their mechanical engineering firm would avoid common pitfalls by embracing an enlightened culture. They adopted a broadened ownership strategy and recruited motivated people who appreciated opportunity. They installed an ESOP and also became a Limited Registration Company — a unique way of creating an internal market for buying and selling company shares. Thus, any employee could be a direct shareholder. The ESOP owned 60% and key employees owned 40% through direct stock purchase. Life was good. Between the mid-80s and mid-90s, Mackay led the firm through a five-fold leap — from $10MM to $50MM. The company was nationally ranked among the best of its kind. But, when business turned soft in the mid-90s, neither he nor anyone else was prepared for the outcome. Although revenues were steady, the company steadily lost money. Privy to company financials, worried employees wanted to redeem their shares. Predictably, then, stock values dipped. Within two years, two-thirds of employees and 75% of managers who owned stock were gone. As shareholders, these former “owners” turned a temporary business reversal into potential ruin. Llewellyn and Pierce believed their CEO, given time, would right the ship. But time wasn’t on his side. Lamont Mackay died suddenly in 1997. A month later, the Board made two defining decisions: VP Brad Rooney would be the new CEO; and Rooney would retain a turnaround advisor to diagnose their sickness.

There was a lot of good news. The international engineering community respected Llewellyn and Pierce. The economy was robust. Rooney quickly proved to be a charismatic leader. The bad news was more impressive. The bank confirmed it was pulling all financing. Former and current employees pressured to cash out, further depressing stock value as well as morale. Revenue and profit projections continuously missed their marks. Why? Immediately, PCC uncovered double trouble. The CFO had been giving the bank rosy projections without feedback from the business units responsible for producing the business. Second, this serious management dysfunction was compounded negatively by an ill-conceived employee stock ownership strategy that backfired. Was the company beyond saving? Wouldn’t it make sense to find a strategic buyer?

A buyer offered to pay a multiple of book value. Meanwhile, forty key employees invested nearly $400K, backing Rooney to keep the company independent. When the bank saw the deposit slip and purchase offer, it reinstated financing. A restructured ESOP now owns 40% and 50 key people own 60%. Outside of the ESOP, employees can acquire company shares by invitation only. No former employees now directly own company stock. The company completed its turnaround by 2001. Key managers continue to exercise options to invest in company stock. Under entrepreneurial leadership, the company today has significant cash reserves. It makes historic profits and enjoys an annual employee turnover rate of less than 8%. No officer of the firm left voluntarily since the 2001 turnaround.